Universal Robots' purpose is simple: to create a world where people work with robots, not like robots. With a mission like that, it's no surprise that the company relies on its beta testing program and software partners to hone human and robot interactions in the field before releasing new or updated cobots (collaborative robots).

In this webinar, Beta Program Manager Israel Nunez-Santiago will take you behind the scenes of Universal Robots' testing program. He'll share real-world stories from the field, talk about obstacles the program has faced, and show how he's using Centercode to build an organization-wide program for continuous beta testing. 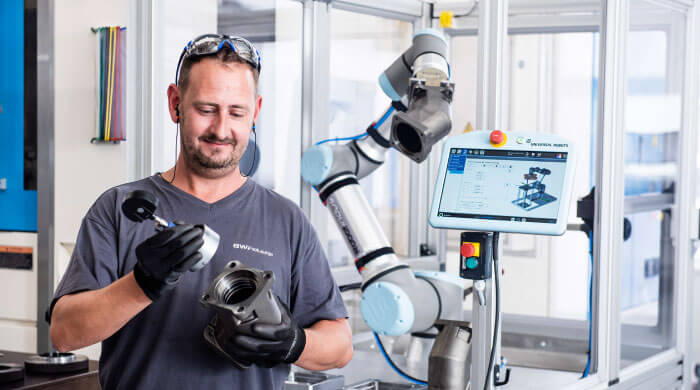 Go behind the scenes of the Universal Robot's continuous testing program structure and processes, from recruiting users to using results.

Scaling the user testing program is a common obstacle faced by many companies. Find out how Universal Robots is starting to overcome it.

From where they started to where they are now, learn how Universal Robots has partnered with Centercode to streamline testing.